We are continuing our journey around the Asia-Pacific region and today we are focusing on China and its surrounding areas. In previous features, we brought you J-Pop and K-Pop and today we bring you, unsurprisingly, C-Pop! C-Pop encompasses Mandopop and Cantopop in the main but also has wider influences as well. One of the biggest stars of C-Pop is A-Lin.

A-Lin was born in Taiwan and made her musical debut in 2006, the same year that she released her first album. Over the years, she has been nominated for several awards and in 2014 she released an album with her new record label, Sony. Her latest single is called Sea of Light, check it out below!

A-mei, also born in Taiwan is one of the most successful artists in the Chinese-speaking world having sold more than 50 million albums. A-mei started recording music professionally in 1996 when she released her debut album, Sisters.

Between 1996 and 2004 A-mei released an album every year winning several awards along the way including Best Mandarin Female Singer. In 2015, she released her 15th studio album, Amit 2, before embarking on a world tour in 2016.

Watch the video for her song, Remember, below.

Luhan, is a Chinese singer and actor. Born in Beijing, he was a member of the South Korean-Chinese boy group EXO and its sub-group EXO-M before going solo in 2014. He released his first studio album, Reloaded, the following year.

In addition to music, Luhan has also appeared in several films and more recently, has ventured into television dramas. He has had three number ones in 2017 alone. You can watch the video for his first single from 2017, What If I Said, below.

Na Yin is considered one of the best singers in mainland China and has sold more than 10 million albums to date. She started performing professionally in 1988 and in 1994 she released her first album, Dreaming With You. In 2002, she won an MTV Asia Music Award.

Like many successful singers, Na Yin has also expanded her work into the world of television and was a vocal coach on The Voice of China as well as Sing! China.

G.E.M. is a singer-songwriter whose real name is Tang Tsz-kei. Based in Hong Kong, she made her musical debut in 2008 with the release of her first EP, G.E.M. Over the years she has released four studio albums, two live albums and a compilation album and scored several number ones.

G.E.M. has been nominated for a World Music Award and an MTV Europe Award and appeared in Forbes’ list of influential people under 30. The video for her song Light Years Away has been viewed over 80 million times!

Boyband F4 were formed in 2001, attaining popularity across the Asia-Pacific region. They released their first album, Meteor Rain, in August 2001 and a string of successes followed. Meteor Rain is one of the biggest selling albums in China.

The group have also been known under the name JVKV and went their separate ways in 2008. However, in 2013 they briefly reunited leading many to speculate that the group could be revived. Could Eurovision Asia be the perfect platform for this to happen?

Which artists from China are your favourites? Let us know using the hashtag #EurovisionAsia 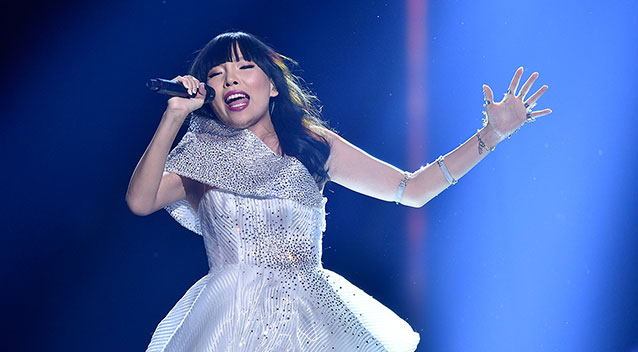